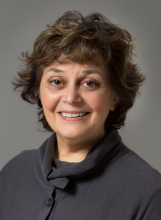 Ashenburg began her career as a CBC Radio producer, eventually becoming an editor at The Globe & Mail.

Ashenberg released her debut novel Sofie & Cecilia a few months shy of her 73rd birthday. The novel was inspired by a trip to Sweden she undertook to visit her daughter where she became fascinated by the life of artist Carl Larsson and his wife Karin Bergöö Larsson. Ashenburg originally told Bergöö Larsson's story to her friend author Jane Urquhart hoping that she would turn it into a novel, but Urquhart instead suggested Ashenberg write the story herself.

She will be talking about her book, Sofia and Cecilia

Get your tickets here